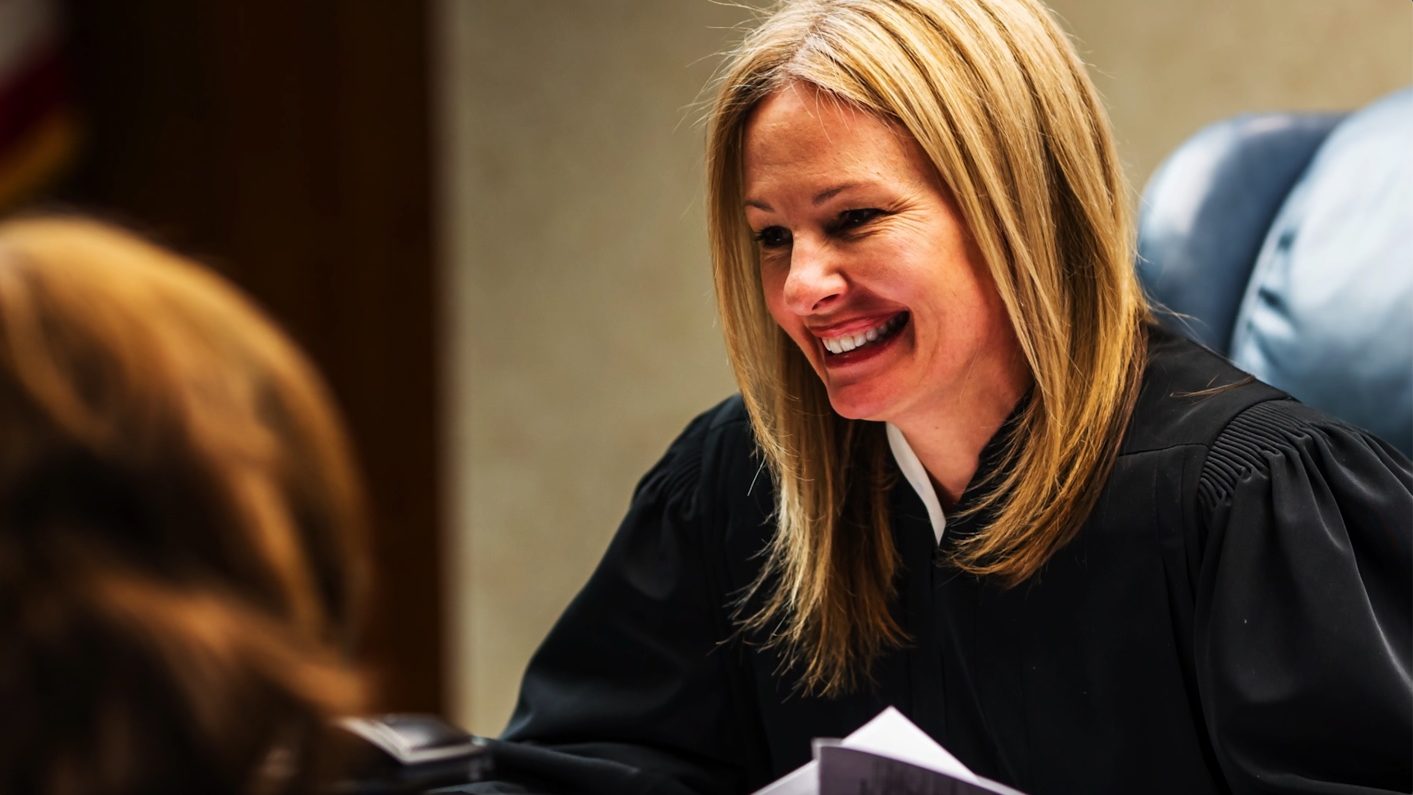 Over the past two weeks, Oakland County Prosecutor Jessica Cooper has been featured in media across the state for her failure to prosecute three white security guards in the 2014 killing of McKenzie Cochran. Last week, Cooper was also recorded publicly denying the existence of racial disparity in Oakland County, claiming that, because Oakland County has a Democratic prosecutor, racial disparities do not affect her office as they do every other office in our nation (1:41).

In response to Cooper’s 2014 failure and subsequent denial of racial injustice, Democratic prosecutor candidate Karen McDonald released a three-minute video detailing the need for immediate change in the Oakland County Prosecutor’s Office. She states, “Everyone deserves access to justice. No matter your race, religion, your age, or how you identify, you deserve a prosecutor who’s fighting for you” (2:18).

According to McDonald, it was Jessica Cooper’s tough-on-crime approach that first inspired her to run for Oakland County Prosecutor: “Throughout my time on the court, I saw how our Prosecutor’s Office was letting down our community” (1:26). She continues, “Our prosecutor refused to participate in drug treatment courts—even veteran treatment courts. Our county is lagging behind in criminal justice reform, continuing to pursue maximum sentences for non-violent offenders” (1:49).

McDonald expresses her frustration and disappointment with Cooper’s treatment of children in seeking maximum sentences and refusing to follow the U.S. Supreme Court mandate to resentence juvenile lifers. In contrast, McDonald highlights her own career of standing up for kids, first as a teacher, then as an assistant prosecutor, attorney, and family court judge.

“Our current prosecutor chose to charge a 10 year-old-boy with assault and battery because he hit someone with a stick. You have to make a choice about whether you are going to sit and watch what plays out every single day that is full of hate and injustice, or are you going to actually try to do something about it” (00:00).

For McDonald, doing something meant leaving her career as an Oakland County Circuit Court Judge to challenge Jessica Cooper in the 2020 prosecutorial race: “As a judge, I saw the current prosecutor put her personal agenda ahead of the public interest. I realized I couldn’t watch this anymore. My whole life I’ve fought for kids and families, and our community deserves better” (2:04).

In order to maximize the video’s reach before the August 4th election, McDonald plans to promote the new ad with a significant digital buy across the campaign’s Facebook, Instagram, and Twitter.

A Prosecutor who will fight for everyone.

Our current Prosecutor charged a 10-year-old boy with assault and battery — all because he hit someone with a stick.You have to choose if you’re going to sit and watch the hate and injustice, or if you’re going to do something about it. I’m in this race because Oakland County deserves better. Oakland County deserves a Prosecutor that is willing to fight for everyone.

Posted by Karen McDonald for Prosecutor on Thursday, June 18, 2020