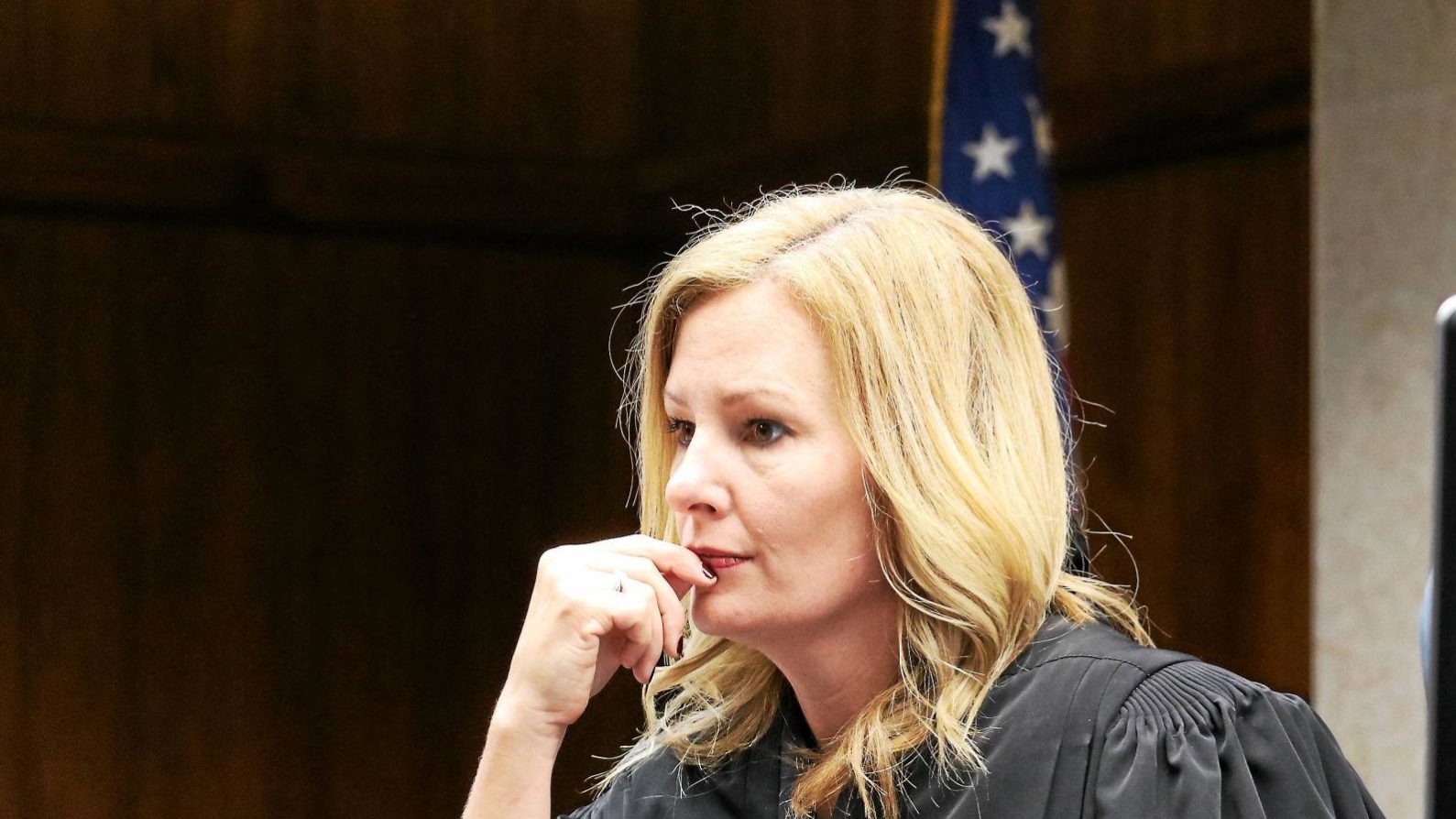 Judge Karen McDonald says her recent decision to resign from the bench at Oakland County Circuit Court’s family division to pursue election as Oakland County Prosecutor in 2020 wasn’t an easy one to make.

But McDonald is giving up judgeship in hopes of moving into a position that she believes will allow her to do even more good for people, she said.

“(As prosecutor), I can serve the community in a more active role. As a judge, you’re limited for what you can do for children families and victims. My true passion lies in helping victims — ask anyone who’s appeared in front of me (in court), and they will tell you that,” she said.

McDonald, reelected last November to her second 6-year term, tendered her resignation to Gov. Gretchen Whitmer on March 1. She’s required to be off the bench a year before the election filing deadline, so her last day as family division judge is April 12. She’s also prohibited from campaigning or formally filing for the election while still a seated judge.

McDonald, a democrat, said she’s thought about running for Oakland County prosecutor — a job that’s been held by fellow democrat Jessica Cooper since 2008 — for “a very long time.” But it wasn’t until the past month or so that she decided to go for it, “instigated and inspired by a true need that I see in children and families in court every day.”

“There’s nothing more important than advocating for victims. A lot more could be done for the residents of Oakland County,” she said. “I’m taking a huge risk, leaving a job I love. But I believe the people of Oakland County are worth it.”

During her time on the bench, McDonald has made a number of controversial rulings on hot-button topics that have generated mixed reactions. Among them: In 2015, she helped a same-sex couple adopt each other’s children, and in 2017 she jailed a mother who refused to comply with a court order to have her child vaccinated — which led to online death threats against her.

Yet she doesn’t see those as hurdles to her candidacy. Rather, she said, they are “strengths” to help her reach the goal of being the county’s next prosecutor.

“I follow the law and do the right thing, regardless of whether it is difficult or easy,” she said. “And nobody who knows me will tell you that I take the easy way out. The fact that I am doing this is evidence of that.”

McDonald, who started her law career as an assistant prosecutor for Oakland County, will work in private practice at her newly-established law firm in Birmingham, beginning in April.

Cooper is seeking reelection as prosecutor and has already filed as a candidate. The prosecutor’s office under her watch has been “quite successful and very professional,” she said, adding “I am here to stay.”