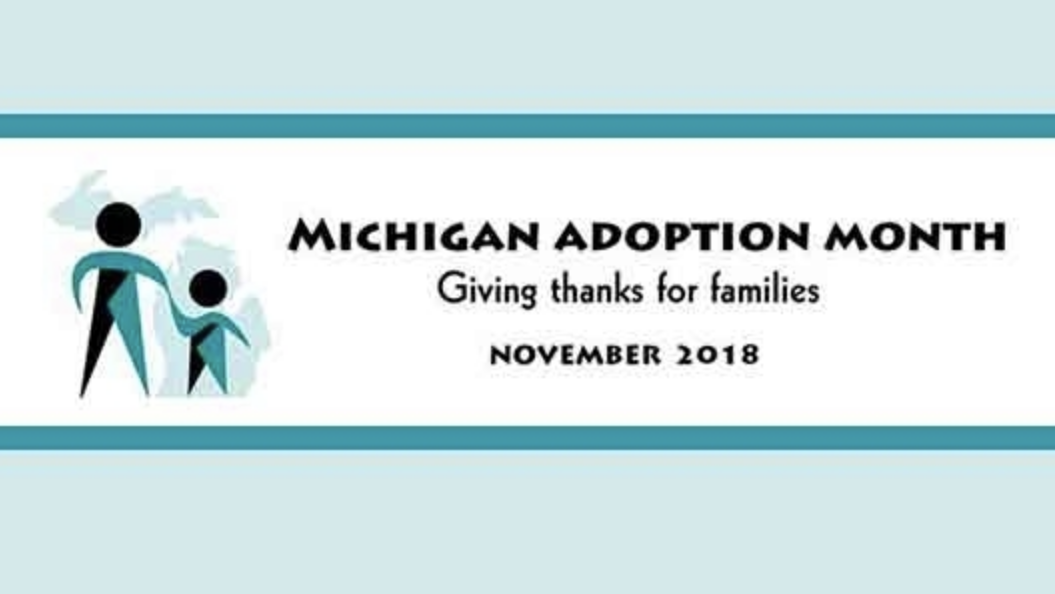 The Family Division of the Oakland County Circuit Court will celebrate the 16th Annual Celebration of Michigan Adoption Day on Tuesday, Nov. 20, at 9 a.m. in the Board of Commissioners Auditorium at the Oakland County Courthouse. This event is being held in conjunction with over 30 other courts throughout the State of Michigan highlighting the importance of adoption and the needs of children in foster care.

Courthouses are not typically considered a place of happiness and celebration, but on Tuesday, Nov. 20, eight children and five families will celebrate their finalizations with the theme of “Giving Thanks for Families” coinciding with the Thanksgiving holiday.

In the state of Michigan, there are approximately 13,700 children currently in foster care, including more than 320 children who are still in need of a forever family through adoption. In fiscal year 2018, more than 2,000 children were adopted through the Michigan Department of Health and Human Services and partner adoption agencies. In Oakland County, 151 foster care adoptions were finalized in fiscal year 2018.

In conjunction with Adoption Day, the Family Division judges will present two special awards recognizing individuals whose contributions have significantly and positively influenced the lives of children in Oakland County. Oakland County Circuit Court Judge Karen McDonald will be presented with the “Joan E. Young Champion of Children” award, named after Judge Joan E. Young who retired in 2017 after serving on the circuit and probate benches for 28 years, 19 of which were in the Family Division. The “Sandra Silver Advocate for Children” award, named after the late Judge Sandra Silver who served in the Probate Court for 12 years, will be presented to attorney Katharine Wetherington.